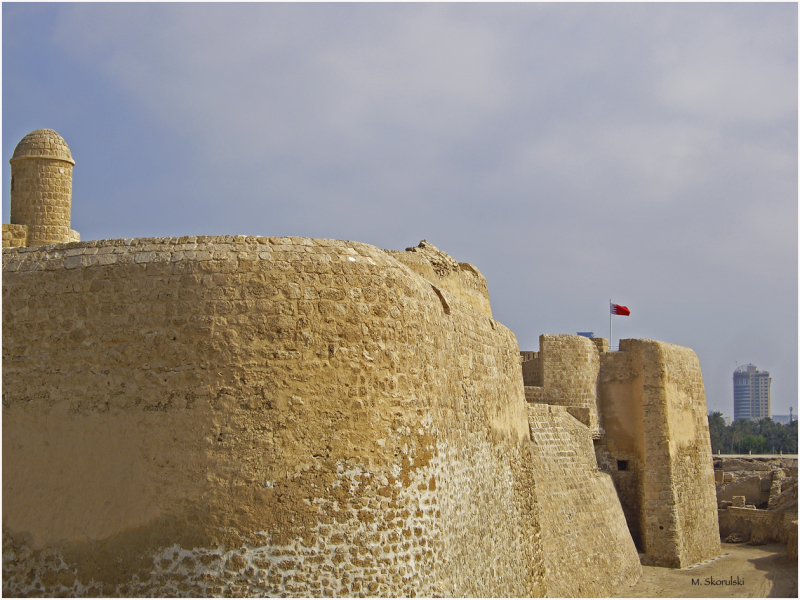 Posted by Michael Skorulski (Toronto, Canada) on 28 December 2015 in Architecture and Portfolio.

This is an image of Bahrain Fort built in the 1500s by the Portuguese. Bahrain is an island nation just 25 km. along a causeway from Saudi Arabia. The fort was built right on top of ruins that date from 2200 BC when Bahrain was known as Delmon by the Babylonians and Mesopotamians. You can make out some of these ruins in the lower right. Later around 300 BC, Bahrain was known as Tylos by Alexander the Great.

Thanks for sharing. Very interesting.

Superb composition . Interesting to read about this civilisation .

Interesting composition with the modern flat in the background.

A great capture with intresting information.

Stunning capture of a historical building in the excellent composition.

I simply love walking through old forts !! This is a magnificent one...braving all rough weathers!

A fine picture of this old fort with the long history. i liked the extensive comment with the picture.

@Don: Thanks, Don. It is avery interesting area.

A beautiful image of the fort. It's age is impressive. The fact that the much older ruins still exist is even more impressive.

Ancient history. It's great something remained.

An amazing structure. You can see all the work that went into building this. Such a contrast between this and the building in the distance. A beautiful image! Wonderful narrative!

With its flag still flying.

@Harry: An antique flag too. Thanks, Harry.

Amazing history is your part of the world!