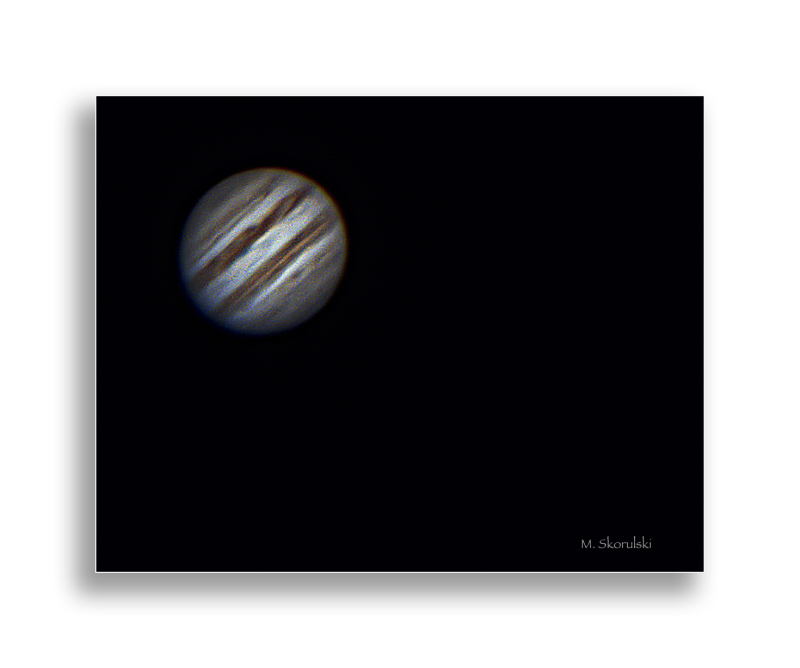 Posted by Michael Skorulski (Toronto, Canada) on 30 October 2015 in Plant & Nature and Portfolio.

Here is Jupiter, 588 million kilometer from earth at its closest point. I took this image through a telescope on the patio of my house in Saudi Arabia.

Jupiter is the fifth planet from the Sun and the largest in the Solar System. It is a giant planet with a mass one-thousandth that of the Sun, but two and a half times that of all the other planets in the Solar System combined. Jupiter is a gas giant, along with Saturn. It is made up mostly of hydrogen and helium and lacks a well-defined solid surface. Jupiter is perpetually covered with clouds composed of ammonia crystals and possibly ammonium hydrosulfide.

@David: Thank you, David. I see we both have an interest in the solar system.

Nice....I can't get pictures of the moon any better than that so this is amazing.

Excellent ! The stripes are clearly seen !

curieuzeneuzemosterdpot from somewhere between viewer and subject, Belgium

That is a stunning shot.